The Country Music Cruise Connection Checks in with Patty Loveless 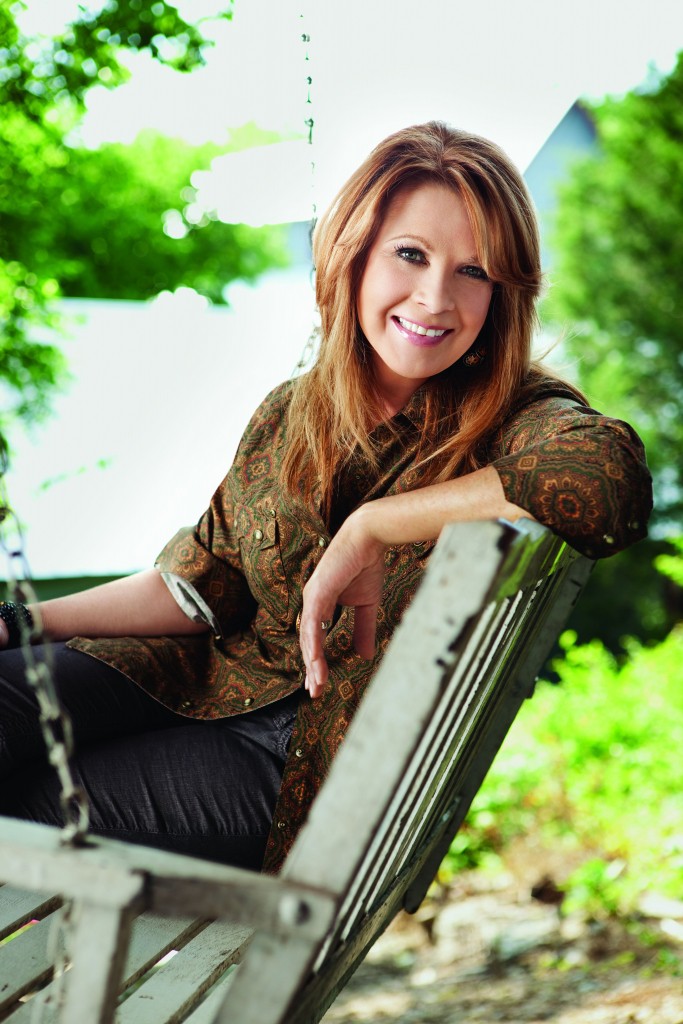 More than forty charted singles including five Number Ones, millions of albums, two Grammies, and five CMA awards. They don’t tell half the story. Just about everyone in and around country music agrees that Patty Loveless owns one of our era’s all-time greatest voices, and the feeling she puts into every song makes them timeless. We’re mega-fans. Even before our first sailing, our sister company, Time Life Music and its Saguaro Road imprint, issued Patty’s most recent albums, Sleepless Nights and Mountain Soul II. The latter won one of her Grammies. A proud moment for her and us. When we assembled our wish-list of artists for the first Country Music Cruise, Patty was high on the list, and she agreed to join us. Now she’s rejoining us in 2019. We caught up with her at home in Georgia where she lives with her husband, Emory Gordy. And if you think you’ve heard Emory’s name before, he’s not only Patty’s producer, but he played bass on Elvis Presley’s “Burning Love” and worked shows with Elvis, Emmylou Harris, Neil Diamond, John Denver and many more. He produced two of Steve Earle’s finest albums and all of Patty’s albums since 1990.

When did you realize you had a voice that was not just good, or good for a kid, but REALLY good?

I didn’t even begin to realize I could sing until I was seven or eight. I always enjoyed singing, but I was shy. Mom would invite people over and ask me to sing, but I’d run into the kitchen and sing from there. I loved the way singing made me feel. Still do.

When did you realize your voice might be your ticket out of Kentucky?

When I was thirteen or fourteen, my brother took me to Nashville for the first time. He got me in to see Porter Wagoner. Porter asked me to sing for him, and said he was impressed. I’ve been smitten with it ever since then. I was in awe of it all. I went to the Opry, and it hit me: “this is what I want to do.”

What was your first impression of Nashville when you came to town?

Mom and dad had moved to Louisville, and it was probably the same size as Nashville then, so I was used to cities, but Louisville was nothing like Nashville. Back then, Nashville was just so full of artists, you’d bump into them everywhere. I worked on the Wilburn Brothers’ television show, and I was walking through downtown Nashville with Doyle Wilburn when we met James Brown. I remember Doyle called him “Jimmy.” I met Fats Domino when he played the Wilburns’ television show. It was so much for a young girl to take in. Back then, Nashville was more like a family. These days, office doors are locked and you need to be buzzed in or know the entry code. Back then, you could just walk into, say, Dolly and Porter’s office. Nashville was more open to young people with dreams. I loved the feel of it. Artists and songwriters would hang out together. When the Opry was at the Ryman, they’d go to Tootsie’s for a drink between shows.

You’ve done many duets. Is there one that has special significance for you?

People think Vince Gill is my official duet partner, like Conway and Loretta, and it’s true that we sang back-up on each other’s records, but we only made one duet, “My Kind of Woman, My Kind of Man.” That would be the one. Singing with Vince is like singing with family. We just blend really well.

When you dueted with Vince Gill at George Jones’ memorial, he was having a hard time keeping it together, but you managed to soldier through.

Going in, I thought I would be the one to lose it and he’d have to pull me through. I saw he was breaking up on “Go Rest High on that Mountain” and I knew I’d have to hold myself together. The adrenalin kicked in. We couldn’t both break apart. Later, he said, “You know what got to me? As soon as you started singing, that’s when I broke.” What a compliment, but whoa! Vince is such an emotional guy, and it really comes across when he’s singing.

Your first Top 10 hit was a George Jones song, “If My Heart Had Windows.” George once said that you were his favorite female singer. That must have been some kind of compliment.

Truly was. I did a call-in show at WSM when “If My Heart” came out. I remember a woman called in and said, “That girl singer’s pretty good, but she ain’t George Jones.” Later, I did a duet with George on “You Don’t Seem to Miss Me,” and when I saw Bruce Springsteen in 2000, I went backstage to meet Bruce, and he talked about that song. He loved it. He loved George Jones and he loved that song.

In 1992, you had vocal cord surgery. Were you worried that you’d never be able to sing again?
Yes. I was about to get on the tour bus heading out west. I’d just signed with a new record label, and I was getting ready to cut my first album for them. Then I had to go in for emergency surgery. Going in, I thought, “This can’t be over. I’ve got more to do.” Then Emmylou Harris said, “God has ways of making us take vacations.” I guess I needed a vacation. I’d been going at it hard for five years. They told me I mustn’t make a sound for a month and mustn’t sing for two months. About three weeks in, I was cleaning a mirror and I had it on the floor. My husband, Emory, was about to walk on it, and I made some kind of involuntary squeak. I think Emory enjoyed the silence. No wife nagging at him!

What was the first song you sung after surgery? Did you start off with one that had a small range?

I had a vocal coach at Vanderbilt Hospital Voice Clinic. He got me back into it. I started off humming. It was like stretching before you run. Finally, he said, “I think you’re ready.” Two doctors came to the studio when we did “Blame It on Your Heart.” Emory was producing. He said, “She’s blowing it out.” And he didn’t mean my voice—he meant the microphone. He was amazed at the power I had.

Easier than you’d think. We’d always work through songs at home. We wouldn’t take the songwriter’s demo to the studio because we didn’t want the musicians influenced by that. We wanted them to do it our way. Emory and I would rate the songs and do all the arrangements at home, just the two of us. I’d call him the Phantom of the Opry. He’d push me and push me, but he knew what my voice could do. Sometimes, we’d call the songwriter and ask to change the words. “I Try to Think about Elvis,” for instance, was written by Gary Burr from a guy’s perspective. I talked to him about things that would go through MY mind, and he came up with lines like “I try to think about high heels, good deals…” He rewrote it on the spot.

Is there a new artist you tell people they really need to hear?

Oh, yes! Chris Stapleton. I was out on the road with Miranda Lambert in 2015, and her photographer brought me Chris’s first solo record, Traveller. I bought that CD and listened to it over and over. Still do.

You don’t hit the road as often as you did. Any plans for a new record or a new tour?

Miranda and I have been writing. I want to get in the studio and get some of those songs down. I certainly haven’t given up, but I’ve learned patience. I hope the fans still remember me!

You were on our first Country Music Cruise. We’re so glad to have you back.

I enjoyed meeting the fans, taking photos with them, and talking to them. The ship is like a small town. The fans are really into the music, but they respect your privacy. The only problem I had was that the ship was rocking back and forth a little when I was singing, so in 2019 I’ll remember not to wear high heels! But I’ll tell you my favorite part. You get on the ship, it pulls away from port, and then all you can see is ocean. At night, the stars are so clear. Wonderful, blissful feeling. I thought then I could be a pirate!