Greatest Performances From The CMA Awards Now Available on DVD! 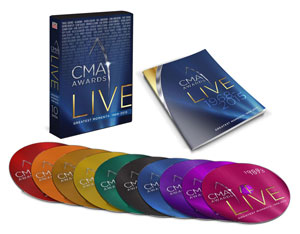 For the first time ever, the greatest performances from the CMA Awards are available on DVD. You’ll take a front row seat to see country’s biggest stars perform live.

This collection takes you from the early days of the CMA Awards in the late 1960s when Loretta Lynn, Johnny Cash and Glen Campbell dominated the music scene to today’s top stars including Carrie Underwood, Little Big Town, Luke Bryan and Chris Stapleton. This collection of CMA Awards performances showcases the diversity of talent and the powerful songs that have made country music the heartbeat of America.