Catching Up with Neal McCoy 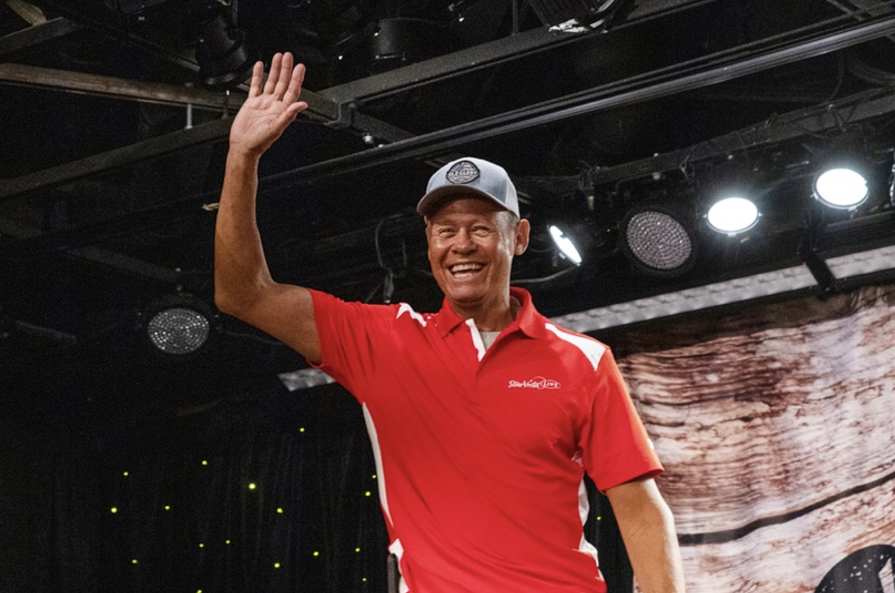 We’ve never heard of anyone coming away from a Neal McCoy show feeling shortchanged. That’s why he’s more in-demand than ever, and we can’t wait to have him back in 2023. And if you meet him at the breakfast buffet, you’ll part the best of friends. He might be eyeing those eggs and bacon strips and hash-browns, but he’d rather hear what you want to say. It’s not an act; it’s who he is.

Neal was worried that he might not be able to put on his best shows on our last Country Music Cruise because vaccination requirements meant that he couldn’t bring his entire band on-board, but all we heard was how great he was.

It goes without saying that we want Neal McCoy back any time he can make it.

We asked Neal a few questions to dig a little deeper into who he is and what made him into the entertainer and person that he has become.

You’re renowned as an entertainer. Who was your role model, or was it something that just evolved?

It just naturally evolved from who I am, I’m now the same age as Michael Jackson when I first saw him on television singing and dancing and making a pretty good living at it. I said, “I want to do THAT.” I was in maybe fourth or fifth grade and I thought if I did like Michael Jackson, I wouldn’t have to do all that stupid homework. But in terms of a role model, it would have to be Charley Pride.

Charley was one of the most popular artists we’ve ever brought onto The Country Music Cruise. Tell us what he meant to you.

Well, until 1981 I played all kinds of music. Whatever was popular. Dan Seals, Eagles, and so on. Then I won a contest in Dallas and Charley saw me. He hired me as his opening act. He let me use his band to open his shows, gave me the opportunity to be in front of audiences and gain that experience. I found out all about country music through Charley. He, more than anyone, mentored me. He let me figure out who I am. Hone my skills. I was with him four or five years.

Before you started performing, did you share your ambition with anyone or keep it to yourself?

It was pretty obvious. I came from a family of singers, but they were smarter than me and never tried to make a career out of it.

Your mother was born in the Philippines. Did she listen to the music she’d heard growing up?

She’d listen to her music, but of course I couldn’t understand it. I could maybe count to ten in Filipino and I knew a few cuss-words.

What does having a parent from another country do for your understanding of the United States?

I was the youngest of three kids. My older brother was born in the Philippines when my dad was stationed there. Me and my sister were born here. One thing above all others that we learned from our mother was that we should never take anything for granted. I’m talking about rights and freedoms. She made us understand that we have it so good. She’d tell us what it was like to be thirteen years old and come under Japanese occupation. She’s one of the reasons I bleed red, white, and blue and do the USO tours.

What was the biggest moment of your career? The moment when you thought, “Man, this is IT? Neal McCoy has arrived.”

I’ll tell you when I THOUGHT it happened. I’d just signed a major label contract with Atlantic Records. Little did I know that it was a three-year deal, but the label held the options, so they’d decide if I would be picked up for a second or third year. It wouldn’t be my decision. So I’d done a couple of albums, had some singles out, but they hadn’t set the charts on fire, but Atlantic saw that I was working hard and making friends. They gave me another shot and in 1993 I had the Number One hit with “No Doubt About It.” I was almost thirty-five, but THAT was when I arrived. Three years later than I thought.

When you were in the charts, did you move to Nashville to schmooze the songwriters and feel plugged in to the scene?

I stayed in Texas. We lived in northeast Texas. Still do. Been married forty years. When I met Charley Pride, I’d been married just one year. My wife and I talked about it and we decided that I’d take a chance on the music business even if that meant I wouldn’t be there all the time, but we also decided that we’d stay in Texas and take the risks involved in NOT moving to Nashville. Turns out we’ve been able to have a career and family.

What prompted you to come up with daily recitation of the Pledge of Allegiance?

There wasn’t just one event. I’m very patriotic for all the reasons we talked about just now and many more. Just before we spoke, I did the Pledge for the 2316th day. I started six years ago when President Obama was in his last year of office. The Republicans had ten or twelve people competing for the nomination. The Democrats had two or three. They were all going at each other pretty good. I thought, “Well, there’s something I can do to show that we’re all one in this country.” So I started reciting the Pledge, and it turned out that a lot of people my age hadn’t done it since school. Then, on a personal level, my mom got sick with dementia. Knowing what she’d been through re-instilled my values, and I just vowed to keep on reciting the Pledge every day. I lost her and my father. Recited it on the days they died. Maybe something will stop me one day, but if it does, I’ll just start over.

On the Country Music Cruise, our guests come on board to relax. What do you do to relax?

Who said I relax? I could be on a cruise ship or in Walmart, there’s always people who want to visit and I always take the time to talk to them. My family knows this, and if we’re out shopping, they’ll just carry on without me and we’ll meet up later. That’s my life, and I love it.