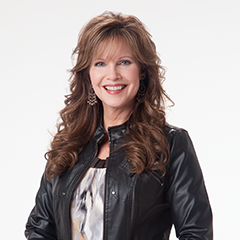 Award-winning television and radio personality Lorianne Crook appears nationally on the country music news and entertainment show, "Crook & Chase," hosts the star-powered "Celebrity Kitchen", and is heard across the U.S. and around the world on the "Crook & Chase Countdown" powered by iHeart Media and Premiere Networks.