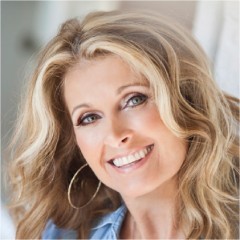 3-Time Grammy winner LINDA DAVIS is one of Nashville’s most respected artists and entertainers. Best known for her mega-hit duet “Does He Love You” with Reba McEntire, and for being the mother of Lady Antebellum’s front woman Hillary Scott, Linda has amassed her own hits and awards throughout her 30+ years of touring and entertaining audiences around the world.

Through the years, the Texas Country Music Hall of Fame member has played to sold-out crowds with the likes of Garth Brooks, George Strait, Reba McEntire and Kenny Rogers just to name a few. In 2016, Linda and her family, including husband Lang Scott, and daughters Rylee and Hillary Scott, released the critically acclaimed, 2-time GRAMMY-winning album, “Love Remains”, which topped Billboard’s Christian & Country Album charts, debuting at #1 & #2 respectively.