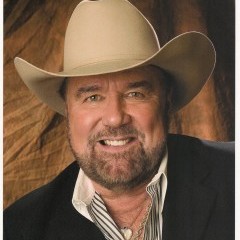 Johnny Lee is a member of the Texas Country Music Hall of Fame in Carthage, Texas.

Johnny Lee was born on July 3, 1946 in Texas City, Texas and was raised on a Dairy Farm in Alta Loma, Texas. His main interest was Rock 'N' Roll, and he led a high school band called Johnny Lee and the Roadrunners, which won local and state-wide competitions.

After High School, Lee enlisted in the Navy, serving a tour of duty on the U.S.S. Chicago, a guided missile cruiser, in Vietnam. Immediately upon returning home, he started pursuing his music.

In 1968, he began a 10-year working relationship with Mickey Gilley, both on the road and in the nightclub in Pasadena, Texas. Recording with ABC/DOT and GRT Records, had moderate success with "Country Party" (new lyrics added to Rick Nelson's "Garden Party")

In 1979, Lee's first screen role was in a 1979 TV Movie, The Girls in the Office, starring Barbara Eden and Susan St. James. He was then asked to perform in the film, Urban Cowboy, which starred John Travolta and Deborah Winger, and for which he also recorded several songs used in the soundtrack. "Lookin' For Love", from that same soundtrack, became Lee's first Gold Record. The song spent 3 weeks at the top of the Billboard Country Music Singles Charts as #1, and #2 on the Pop Music Singles Charts.

He followed up "Lookin' For Love" with "One In A Million", which spent two weeks at #1. More #1 Singles during this time included - "Bet Your Heart On Me," "The Yellow Rose (a duet with Lane Brody)," and "You Could've Heard a Heart Break." His string of Top 10 hits continued with "Pickin' Up Strangers," "Prisoner of Hope," "Be There for Me Baby," "Cherokee Fiddle," "Sounds Like Love," "Hey Bartender" and "Rollin' Lonely."

During the height of his success, he appeared on talk shows, several network specials and series such as "Fantasy Island", "CHiPS", "The Fall Guy", "The A-Team", and "The Grande Ole Opry."

Lee's recording career was largely on hold following his '91 cover version of de Burgh's pop hit, "Lady In Red". He finally returned to the studio in '03, and recorded "13th of July" and a Christmas Album "Santa Claus Is Lookin' For Love." Johnny then released two albums in 2006, the original CD "Emotions," and a compilation of a record 46 songs on a 2-CD Set entitled "Greatest Hits and More."

Since the '06 release of his cookbook called "Chef Boy 'R' Lee" loaded with funny stories and good recipes, Johnny has even begun working on his own food line!

Still writing, still performing, and still Lookin' For Love, Johnny Lee is keeping as busy as he can. Johnny is a WORK IN PROGRESS!