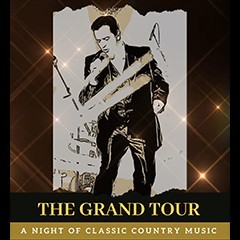 Grand moved back to Nashville from Canada in 2007 and shortly thereafter, his co-owned music publishing company, Grand & Gee Music, took home SESAC’s “Song of the Year” award for his participation as a publisher on Chris Young’s No. 1 hit “Tomorrow” and a GRAMMY® for “God And My Girlfriends” recorded by Reba.

Grand lives near Nashville with his family. He loves to perform classic country music and never passes up an opportunity to go fishing on either side of the border.